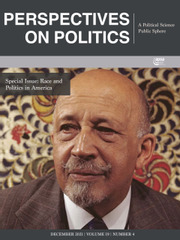 “Will the Real Conspiracy Please Stand Up: Sources of Post-Communist Democratic Failure”

2021. With Nikolay Marinov. Perspective on Politics.
At the start of the pandemic, it looked like the biggest COVID-related threat to democracy, in Eastern Europe and elsewhere, was executive aggrandizement. This focus, however, may lead us to overlook a bigger threat to Eastern European democracy. We argue that Eastern European democracies’ original sin of state capture has been exacerbated by the rise of conspiracy theories, whose stock has only increased with the addition of COVID misinformation. Eastern European voters struggle to differentiate between the true political conspiracy that enables private interests to control the state and conspiracies without empirical basis, such as COVID denialism, world government, or political correctness as a tyrannical plot. As a result, conspiracy theories enable the state capture camp to divide the reformist opposition and maintain their grip, while simultaneously claiming that they are governing competently and in line with European values. We use an original survey from Bulgaria and a GLOBSEC 2020 cross-national survey to explore this hypothesis. Finally, we draw some theoretical implications from the empirical evidence for assessing the nature of democratic backsliding in Eastern Europe. We call for more research on the conspiracy cleavage as a factor in explaining backsliding processes.
READ MORE 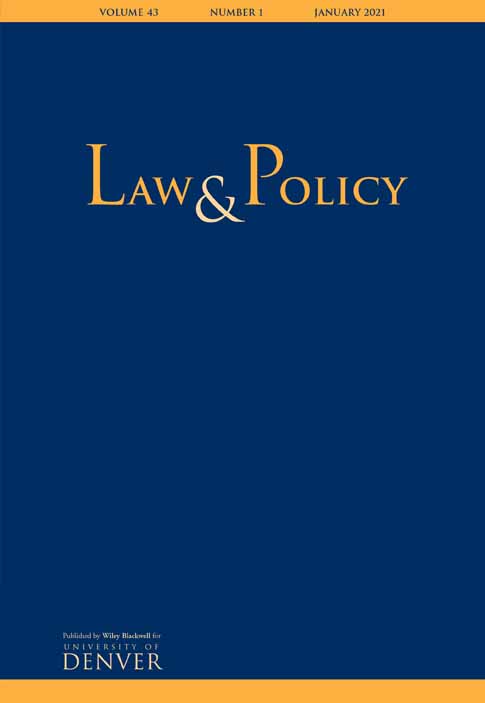 2020. Law & Policy.
Do judges respond to institutional and strategic incentives or do they strictly follow dominant professional role conceptions? This article weighs in by exploring whether an ideational shift toward judicial empowerment and independence can germinate from institutional reforms. Ukraine's 2014 Euromaidan revolution and the comprehensive judicial reform adopted in its wake provide a test of the competing theoretical accounts. A judicial lustration law sacked all incumbent court chairs, who had been appointed by the executive, and gave Ukrainian judges the right to elect new chairs via secret ballot. I analyze this radical step toward judicial self‐government using an original data set with individual‐ and court‐level data. The key finding is that less than a fifth of Ukrainian judges embraced their newly granted agency and elected a new chair for their court, whereas the overwhelming majority followed dominant professional norms of deference and reelected the sacked court chairs. This finding holds for all rungs of the judicial hierarchy and for all regions of Ukraine. Even protégés of ousted president Yanukovych won the secret ballot vote by their peers more often than they lost it. Beyond Ukraine, these results suggest that empowering individual judges in the highly hierarchical structure of a civil law judiciary is unlikely to lead to a judicial behavior shift, at least in the short run.
READ MORE 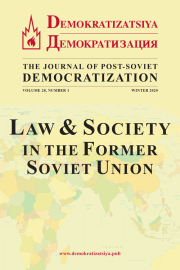 “No Revolution of Dignity for Ukraine’s Judges: Judicial Reform After Maidan”

2020. With Daniel Beers. Demokratizatsiya.
Following the historic Revolution of Dignity in 2014, Ukraine's leaders embarked on a major overhaul of the country's judicial sector. Against a backdrop of favorable conditions, including strong public support for reforms, vigorous political competition, and the insistence of international partners, Ukrainian lawmakers enacted a sweeping array of legislative and institutional changes, purportedly to strengthen judicial independence and improve the transparency and accountability of the courts. Yet five years on, this high-profile restructuring appears to have had little substantive impact on entrenched patterns of political subservience and corruption. Why has Ukraine's rule-of-law breakthrough failed to live up to its promise? The answer, we argue, requires a closer examination of the nature and internal dynamics of the reform process—in particular, political elites' shallow commitment to powerful, independent courts, as well as the absence of a strong reformist constituency within the Ukrainian judiciary.
READ MORE 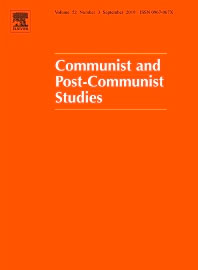 2018. With Vincent Post. Communist and Post-Communist Studies.
Do Eastern European courts effectively constrain politicians and uphold the rule of law? Criminal prosecution of grand (high-level) corruption can further the central principle of equal responsibility under the law by demonstrating that even powerful political actors have to submit to the laws of the land. This article introduces the Eastern European Corruption Prosecution Database, which contains entries for all cabinet ministers (927 in total) who served in a government that held office in one of seven post-Communist Eastern European countries since the late 1990s. The systematic data collection reveals that Bulgaria, Romania and Macedonia consistently indict more ministers than Croatia, the Czech Republic, and Poland; Slovakia has barely indicted anyone. We aim to start a research agenda by formulating hypotheses about which countries will see more corruption prosecutions and which ministers' characteristics would make them more likely to face the court. We use the database to begin testing these hypotheses and find some evidence for several associations. We find no strong evidence that EU conditionality or membership raises the profile of the grand corruption issue or leads to more indictments. Party politics seems to affect the frequency of corruption indictments more than the structure and behavior of legal institutions. Indictment rates are lower when a former Communist party controls the government and individual ministers from junior coalition partners are more vulnerable to indictment than other ministers. The existence of a specialized anti-corruption prosecution or a more independent judiciary do not seem to lead to the indictment of more ministers on corruption charges. Finally, we discuss avenues of future research that our database opens, both for the analysis of country-level and individual-level variation.
READ MORE 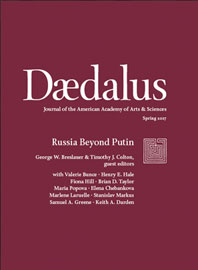 “Putin-Style “Rule of Law” & the Prospects for Change”

2017. Daedalus.
In Putin's Russia, the regime uses the law and legal institutions to fulfill political goals, to communicate them to society, and to manage the authoritarian coalition that helps the president govern. As a result, the law is highly consequential and important, but its use tends to be arbitrary, expedient, and instrumental, rather than predictable and principled. Can we expect any major shifts in the role of law and the courts over the next ten years? Russia's legal regime is unlikely to undergo major evolutionary change and may outlive Putin's tenure: both foreign and domestic pressures for change toward constitutionalism are limited. If a positive shift were to take place, Russia would inch toward authoritarian constitutionalism. But negative change is also possible. If Putin's regime weakens, the politicized use of the courts against both dissidents and political competitors within the authoritarian coalition will increase.
READ MORE 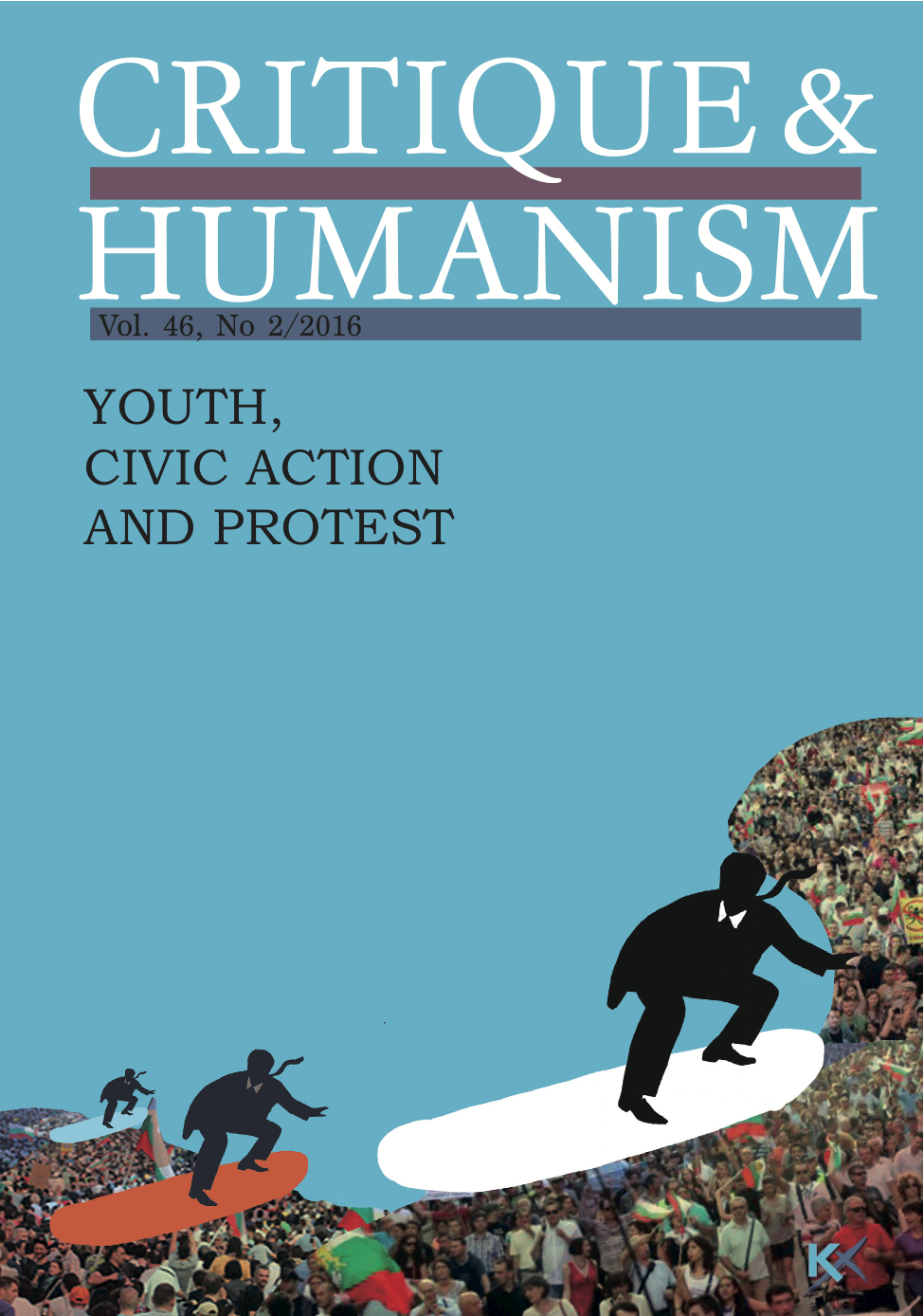 “Fear and Loathing on the Post-Communist Street: Why Bulgaria’s #DANSwithme Protest Fizzled Out, but Ukraine’s Euromaidan Escalated”*

2016. Critique and Humanism.
For several months in 2013-2014, thousands of Ukrainians and Bulgarians participated in anti-government protests. However, the outcomes could not be more different. The Bulgarian government politically survived #DANSwithme, while Euromaidan precipitated President Yanukovych’s fl ight from Ukraine in late February 2014. Why did #DANSwithme gradually dissipate, while Euromaidan escalated into the worst episode of political violence since Ukraine’s independence? We know that medium levels of repression applied inconsistently during protests can lead to radicalization and violence. But we do not know whether the judiciary’s behaviour before and during the protests could affect the likelihood of an escalation towards violence. This article proposes a complementary explanation of protest radicalization, which posits that recent, unambiguous, and effective use of a pliable judiciary by political incumbents to punish and undermine the opposition raises the odds that both sides will engage in violence. Politicized selective justice raises the stakes of victory both for the government and for the protesters, and reduces the possibility of a compromise. In Bulgaria, where the judiciary, albeit politicized, has not been effectively used to undermine political opponents, protesters perceived the government’s attempts to engage in legal persecution as a hassle and the chances of imprisonment as remote. Neither should the Oresharski government have expected to be prosecuted in the event of losing offi ce. In Ukraine, by contrast, the judiciary had a clear recent track record of politicized selective justice both against protest participants and high-level politicians. Former PM Yuliya Tymoshenko and another Orange Revolution main actor and former minister of interior, Yuriy Lutsenko, served lengthy prison sentences. Consequently, both the leaders of the opposition and Yanukovych and his coterie probably expected that imprisonment would be inevitable if they did not come out as winners of the Euromaidan standoff. 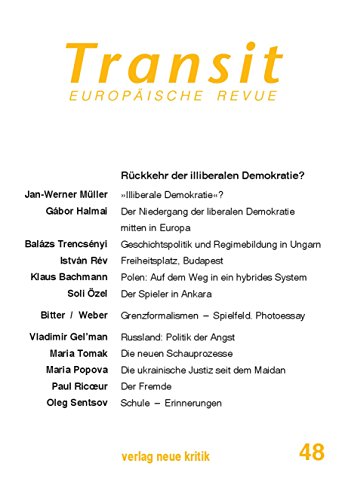 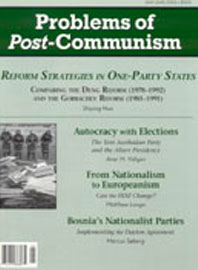 2014. Problems of Post-Communism.
The absence of clear institutional channels for a swift resolution, the increased politicization of the judiciary, and the use of selective justice against protestors, which strengthened the far right segment, all contributed to the tragic spiral of violence that marked the end of the Yanukovych regime.
READ MORE

2012. Problems of Post-Communism.
Bulgaria’s experience with the prosecution of political corruption suggests that increasing the power and institutional independence of the courts in new democracies does not guarantee that judges will be committed to upholding the rule of law.
READ MORE 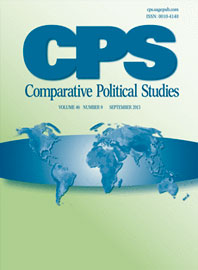 “Political Competition as an Obstacle to Judicial Independence: Evidence from Russia and Ukraine”

2010. Comparative Political Studies.
A large literature attributes independent courts to intense political competition. Existing theories, however, have a previously unrecognized boundary condition— they apply only to consolidated democracies. This article proposes a strategic pressure theory of judicial (in)dependence in electoral democracies, which posits that intense political competition magnifies the benefits of subservient courts to incumbents, thus reducing rather than increasing judicial independence. The theory’s predictions are tested through quantitative analysis of electoral registration disputes adjudicated by Russian and Ukrainian courts during the 2002-2003 parliamentary campaigns. Selection models show that in Ukraine, progovernment candidates have a higher than average probability of winning in court, whereas in Russia the political affiliation of the plaintiff does not predict success at trial. Thus, the data show that judicial independence is lower in the more competitive electoral democracy (Ukraine) than in the less competitive electoral democracy (Russia).
READ MORE

“Be Careful What You Wish For: A Cautionary Tale of Post-Communist Judicial Empowerment”

2010. Demokratizatsiya.
This article aims to curb the enthusiasm for post-Communist judicial empowerment by showing that sometimes a powerful judiciary can threaten the rule of law. It argues that the powerful Bulgarian Constitutional Court promotes conflict between the executive and the ordinary judiciary. The “war of institutions” has made Bulgaria the poster child for failed judicial reforms among new European Union members. Bulgaria’s experience should serve as a cautionary tale for EU candidate countries and show that strengthening the judiciary is not a panacea.
READ MORE 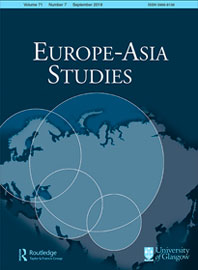 “Watchdogs or Attack Dogs? The Role of the Russian Courts and the CEC in the Resolution of Electoral Disputes”

2006. Europe-Asia Studies.
Do Russian courts constrain the state? Or do they facilitate arbitrary state action by favouring state agents over other litigants where such bias is not built into the written laws? Are Russian elections fair? The answers to these questions would help us assess Russia's progress towards establishing the rule of law and a democratic regime. The evidence presented in this article suggests that in electoral registration cases where incumbent politicians have a stake, the Russian courts and the Central Election Commission (CEC) are responsive to pressure from them. More specifically, the systematic analysis of all denials of registration by a District Election Commission (DEC) associated with the 1999 parliamentary election suggests that the Russian judiciary was subject to pressure from the regional authorities. Regional oppositionists tended to seek redress at the CEC, rather than at the local courts. Protégés of the regional administration, on the other hand, preferred to take their appeal to the local courts. A further indicator of the weakness of rule of law in Russia is that previous experience with the legal system made a candidate less rather than more likely to pursue an appeal. At the same time, however, scathing journalistic accounts of judicial corruption, inefficiency, and total subservience to politicians seem to be exaggerated. In 1999, both the courts and the CEC were acceptable appeal venues, since opposition candidates used them to defend their electoral rights more often than all other groups of candidates.
READ MORE