Ukraine's deoligarchization process and the fight for the rule of law 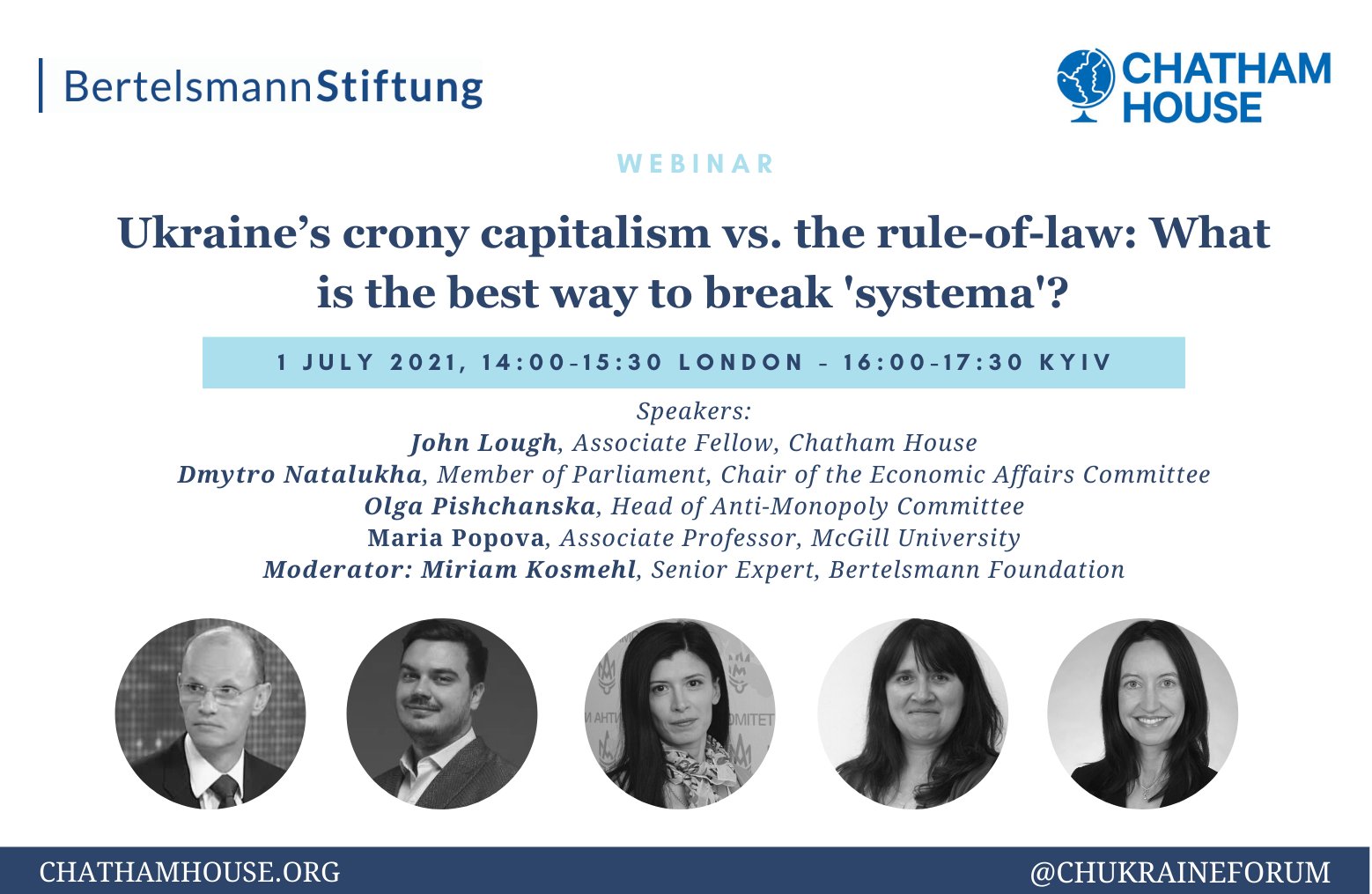 On July 1, I took part in an event co-organized by Chatham House and the Bertelsmann Foundation on Ukraine's crony capitalism. Instead of my usual role as a commentator on Ukrainian judicial reform, I brought in a comparative perspective from Romania and Bulgaria's anticorruption campaigns. I cited evidence of Romania's successful tackling of oligarchic political corruption through the DNA and Bulgaria's facade campaign (numerous indictments, not a single conviction) wielded by a thoroughly politicized and fully unaccountable general prosecution. As we discussed whether Ukraine would take Romania's path or Bulgaria's, the Ukrainian parliament voted in first reading Pres Zelensky's deoligarchization bill purportedly aimed at identifying the country's oligarchs and limiting their access to the political system. You can watch the recording of the webinar here: https://www.chathamhouse.org/events/all/research-event/ukraines-crony-capitalism-vs-rule-law-what-best-way-break-systema