My grandfather and the Communists 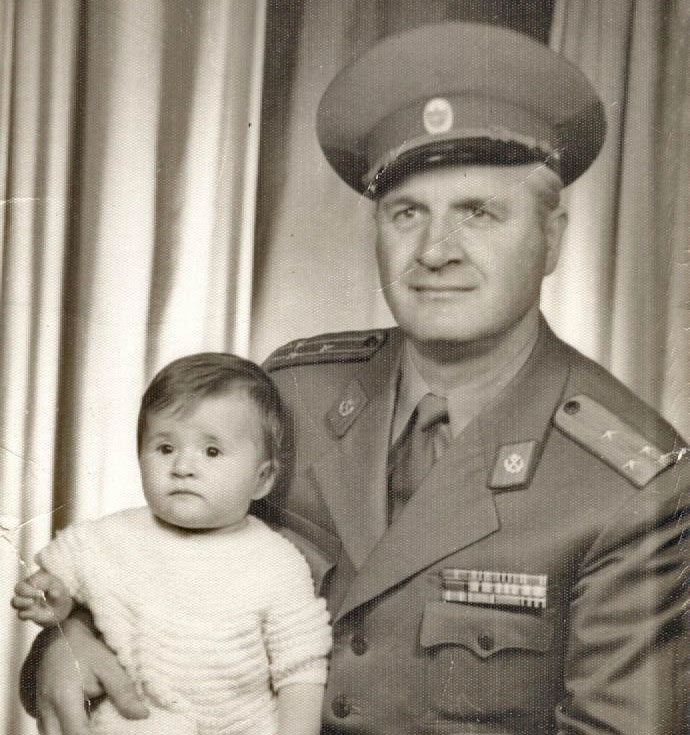 Today is the 30th anniversary of the fall of the Berlin Wall. We think of 1989 as one of the most abrupt divides in history. We see the collapse of Communism in Eastern Europe as unanticipated, lightening-swift and comprehensive. The images of Germans pushing down the Wall and spilling through the holes into the streets of Western Berlin—smiling, unstoppable, and free—have etched this narrative into our consciousness. But this image is a simplification. Across the region, many could not believe Communism had truly collapsed and perceived the changes as a façade, behind which the same political elites continued to call the shots, to curtail freedom, and to perpetrate injustice.  My grandfather, who had grown up in interwar Bulgaria, did not believe that Communism had truly collapsed for most of the 1990s. What others perceived as genuine change, he saw as moves in a long game the Communists were playing. The round-table negotiations, the demonstrations, the mouthy media, the multiparty elections were all ploys to unveil those who were disloyal to the Communist regime. At an opportune moment, the Communists would call the bluff, round all the naïve fools up and send them to the Gulag. He died on April 17th 1997 still believing this narrative. It was the day the former Communists finally lost a national election convincingly. He was too disillusioned to vote for the Communists, but too afraid to vote against them or to not vote at all (he perceived both options to be the same). My grandparents left town to spend the day at the cottage. As my grandmother later explained, he was still nervous and scared. He collapsed and died, while working in the yard before he could see the election results.

This short essay is based on my school-days’ diary and is dedicated to the memory of my grandfather, Col. Marin Nikolov (1923-1997)

“I bet there will be thousands of people out on the streets of Sofia celebrating,” I thought to myself as our bus rolled through the Macedonian countryside. My high-school class was returning from a whirlwind trip through what was then the Yugoslav Federative Socialist Republic of Macedonia. Besides seeing some historical sights, I had learned three things: even in the throes of economic crisis, Yugoslavs had cooler clothes than Bulgarians, their version of Balkan history was different, and except for some hilarious false friends, Bulgarian and Macedonian were mutually comprehensible languages. The most memorable part of the trip, though, was its timing—November 7-11, 1989! On the 9th, as we sipped sweet tea in the hotel restaurant, we saw the Macedonian paper’s front page proclaiming the fall of the Berlin Wall. The Macedonian wording sounded amusing to our Bulgarian ears, and we spent more time joking about it than discussing the actual news. The next day, the same newspaper told us Bulgaria’s Communist leader for the last 35 years, Todor Zhivkov, had also fallen and that got us talking! Why? How? What now? But mostly we laughed, retelling jokes about the old geezer and trying to come up with new ones. One classmate whose parents were high up in the Communist nomenklatura hierarchy looked withdrawn and muttered something about the Yugoslav papers telling lies.

When I saw my grandfather the next day, I asked him why people were not out on the streets celebrating Zhivkov’s removal were. “There is nothing to celebrate. He retired. They replaced him with someone from the Politburo. End of story,” and he changed the topic. I thought he maybe knew better than me.

He was wrong. I was right. Within a couple of weeks, thousands of people were out on the streets of Sofia. Some were celebrating, others were complaining. On a warmish afternoon, I walked home from school through the small park near Sofia University and stumbled upon the edges of Bulgaria’s first opposition rally. Lots of people, many with posters, listened to a series of speakers and yelled in approval. I stopped to listen, but I didn’t note anything about what the speakers were calling for during the hour or so that I stayed. I only noted why I left, more anxious than inspired. A speaker calling for the destruction of the regime started yelling “Communist skins are going to hang on the walls all around you!”

My grandfather turned white as a sheet when I told him I had hung around at the demonstration. “Next time you pass by a demonstration, you don’t stop, you walk by as fast as possible, all the while looking away from the crowd and the speakers!” He explained that the secret service was watching these fools who were turning out, recording their every move, and soon there would be consequences—the adults would be fired, the youngsters would have trouble going to university. And he told me the story of my mother’s classmate at the English Language High School, who had stupidly walked into the US Embassy to ask for a good dictionary. It was the early 1970s and the poor sucker had thought that Nixon’s ping-pong diplomacy meant something for Bulgaria. Within a week he was expelled from high school. My grandmother, who was the school secretary at the time, had said his parents’ tearful apologies fell on deaf ears—the expel order had come from high up.

I didn’t take my grandfather’s panicky admonitions seriously. He feared a whole lot of things in life and was always overly cautious. He often called inefficient and disinterested city bureaucrats to demand they send someone to replace missing shaft covers he had seen around town before a small child fell down it to her death. He feared Communist surveillance. As a fourth-grader in the pre-perestroika 1980s, I had foolishly called my grandparents from Todor Zhivkov’s Boyana Residence to tell them excitedly that at Todor Zhivkov’s house, they have bananas and oranges, even though it’s not New Year’s. My grandfather, usually an attentive listener, mumbled, hung up on me, and didn’t pick up again. He also feared that “the Communists” would learn of his pre-1945 friendships with political “undesirables”. It’s a fear that anyone with “mixed” political background felt. My grandfather spent his career as a procurement officer in the Bulgarian People’s Army (the Communist state’s army), much of it as a member of the Communist Party, but before the Communists’ ascent to power, he graduated from the prestigious Commerce Gymnasium, where many of his friends came from families of big industrialists. In the early 1950s, he had a meeting with prison officials to discuss prisoners’ uniforms when a prisoner came in to bring something and my grandfather realized with horror that it was one of his gymnasium classmates. His heart sank and he envisioned how he’d lose his job and might even go to prison himself, but the classmate winked warmly and then pretended not to know him. After that encounter, my grandfather burned all his high school pictures.

I kept thinking that my grandfather would eventually realize that the Communists were not omnipotent and had lost power for good. But he didn’t. During the three-day coup against Gorbachev, he was sure the Bulgarian Communists would stage a comeback as well. When I interned at the Center for International and Strategic Studies in Washington in 1995, where I briefly met Brzesinski and Kissinger, my grandfather was both proud and unnerved. He made me promise I wouldn’t tell anyone in Bulgaria about my studies and internships in the US. “Why do you have to study politics? The Communists won’t let you come back with this degree”. When antigovernment protests broke out in Sofia in the winter of 1997 and the new non-Communist president called elections for the spring, which the Communists seemed well on track to losing, many in Bulgaria were extremely hopeful that the country will turn an important corner. My grandfather, apparently, was worrying that the day of reckoning was close and the Communists would finally reveal the charade and reimpose dictatorship. Unfortunately, he didn’t live to see Bulgaria’s second democratic breakthrough. Maybe he would’ve finally believed it was for real.