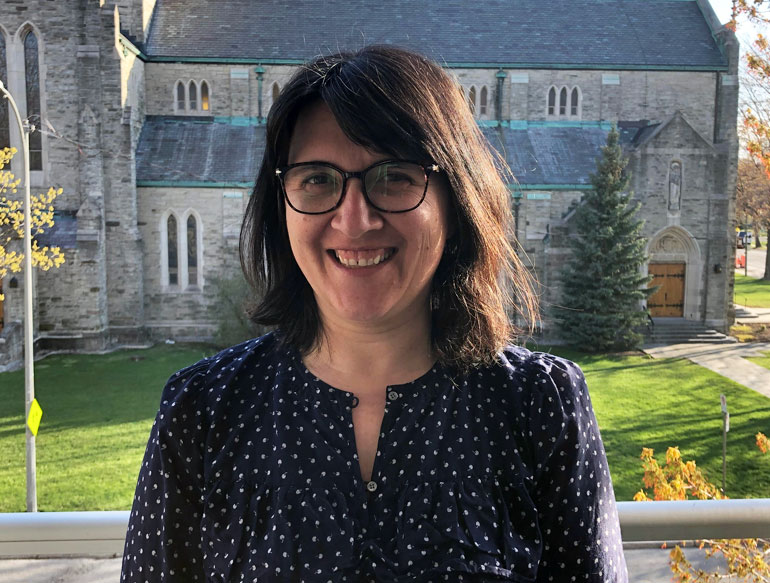 Maria Popova is a Jean Monnet Chair and Associate Professor of Political Science at McGill University in Montreal. She is also the Scientific Co-Director of the Jean Monnet Centre Montreal. She holds a BA in Spanish Literature and Government from Dartmouth College (1997) and a PhD in Government from Harvard University (2006). Maria has lived and conducted research across Eastern Europe and Eurasia in its various regime incarnations—from growing up in Bulgaria before 1989, through interviewing judges and lawyers in Russia and Ukraine for dissertation research in the 2000s, to her current attempt to disentangle real from fake anti-corruption efforts in Bulgaria, Romania, and Ukraine. Maria’s work explores the intersection of politics and law in the post-Communist region, specifically the rule of law, judicial reform, political corruption, populist parties, and legal repression of dissent.

Prof Popova’s book, Politicized Justice in Emerging Democracies (Cambridge UP, 2012), won the American Association for Ukrainian Studies prize for best book in the fields of Ukrainian history, politics, language, literature and culture. Her scholarly articles have appeared in Comparative Political Studies, Law and Policy, Europe-Asia Studies, Problems of Post-Communism, Demokratizatsiya, Journal of Communist and Post-Communist Studies, Journal of East European Law, Daedalus. Some of her research is broadly interdisciplinary and has appeared in volumes edited by historians, sociologists, and legal scholars. Popova’s research has been supported by grants from the Fonds de Recherche du Québec—Société et Culture (FRQSC), the Social Science and Humanities Research Council of Canada, and the Erasmus+ program of the European Commission. She currently serves as an elected member of the board of ASEEES, the largest association of scholars (historians, literary scholars, political scientists, sociologists and anthropologists) who work on Eastern Europe and Eurasia. You can read more about Popova’s research here.

Maria Popova also writes for a broader audience on rule of law issues in Russia, Ukraine, and the Eastern European EU members. Her opinion pieces and analysis have appeared in Foreign Policy, Foreign Affairs, The Washington Post, The Globe and Mail, Kyiv Post and others. She is a member of the PONARS Eurasia policy analysis network, which advances new approaches to research on security, politics, economics, and society in the post-Soviet region. She also regularly provides expert testimony in political asylum cases filed by citizens of Russia and Ukraine.

Prof Popova has taught undergraduate and graduate classes at McGill since 2007. She teaches courses on Eastern European politics, the European Union, politics and law in Europe, rule of law, good governance and corruption, and research methods. You can find many of her syllabi here.
Apart from being a politics junkie, Popova is a wannabe, but, alas, mediocre poet and has tried her hand at translation to/from English, Bulgarian and Spanish. She has published various items that have nothing to do with politics-- reflections on her experiences as an international student in the US in the early 1990s, a book of poetry in Bulgarian, and a translated Harlequin novel-- but she does NOT write the Brain Pickings blog.